Jan-Raphael Spitzhorn (39) is assuming the position of Director photokina at Koelnmesse with immediate effect. He is succeeding Fabian Ströter, who is relinquishing this position for personal reasons.

The graduate in business administration has been with the company since 2012, initially in the Corporate Development division, where he already strategically supported photokina and participated in a fundamental concept adjustment starting in 2016. "Jan-Raphael Spitzhorn is very familiar with our digital topics and in particular with the challenges of the imaging market, the leading fair of which he will be responsible for in future." He was previously part of Koelnmesse's management team in the Trade Fair Management division "Digital Media, Entertainment & Mobility". In 2017 he became Director of the "DIGILITY - B2B Conference and Expo for Virtual and Augmented Reality", as well as 3D Technologies and AI.

His new responsibility now includes the consistent further development of innovative segments such as Mobile, Motion and Digital Imaging within photokina in its transition from a two-year to an annual cycle starting in 2020 with all of the associated challenges.

About Koelnmesse:
With around 850 employees worldwide, Koelnmesse generated sales of over 337 million euro in 2018 and is targeting more than 400 million euro for the first time in 2019. As a city-centre trade fair in the middle of Europe, it occupies the third largest exhibition site in Germany and, with 384,000 m² of hall and outdoor space, is among the top ten in the world. Every year, Koelnmesse organises and supports around 80 trade fairs, guest events and special events in Cologne and the most important markets worldwide. With its portfolio, it reaches over 55,000 exhibitors from 126 countries and over 3.2 million visitors from more than 200 nations. By 2030, Koelnmesse will be investing around 700 million euro in the future of the exhibition grounds within the framework of the most extensive investment programme in its history. 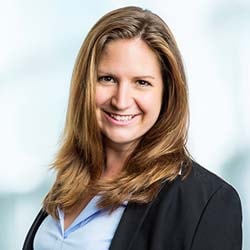